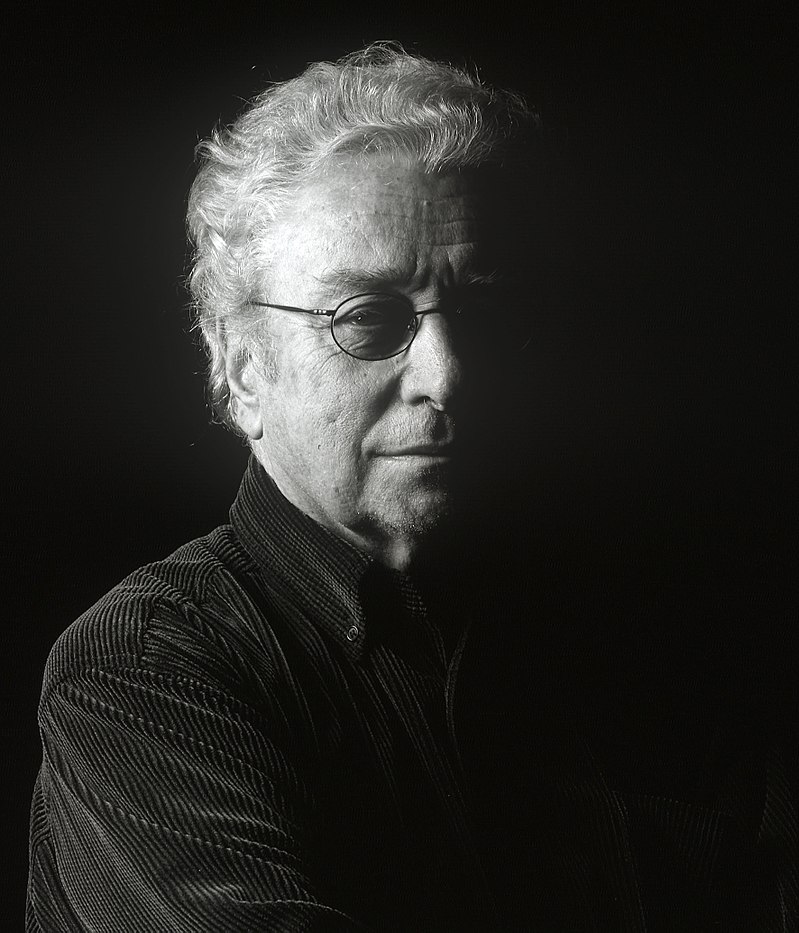 Walter Valentini was born in Pergola (Pesaro). Valentini lived in Rome from 1947 to 1948 and in 1949 moved to Milan, where he had Max Huber, Albe Steiner and Luigi Veronesi as his teachers. In 1950 he moved from Lombardy to Urbino, where he lived until 1955 and where he attended the Institute of Fine Arts (Scuola del libro). It is here that he discovered the art of engraving. In this city he also came into contact with Renaissance culture,  which was to leave deep traces in his future activities. In these years Valentini dedicated himself primarily to research in the fields of graphics and engraving, participating in some specialized shows.

Having completed his studies in 1955 he left Urbino to return to Milan, where he has lived since then. In Milan, he started off as a graphic designer, committing himself more and more to painting. He is fascinated by a geometric universe, that seems to echo De Chirico’s Metaphysics.

It was precisely these strictly formal aspects that Valentini brought out in the seventies, also from the technical point of view. At the end of the decade his works were dominated by white, taking it to a dry conciseness, also expressed by the large scale of the environmental information that  culminated in “Stanze del tempo” and in "Muro del Tempo", which were new developments in the series dedicated to "Città del sole" and "Città Ideale", and then in large plates of the series "Le misure, il cielo" .

The exhibitions became more and more frequent, as did the critical contributions and awards for his work in Italy and abroad.

In 1979 the University of Massachusetts in Boston invited Valentini to a seminar as part of an exhibition of Italian artists "Birth of the work." In 1982 he won the first prize at the International Biennial of Ibiza and Listowel. In 1984 he was awarded the Grand Prix of the “X International Biennial of Graphics” of Krakow, that in 1986 organized for him an exhibition in Krakow and Torun.

In 1988 he created an installation in “Sala dei monaci” in the  “S. Maria in Castagnola” Abbey in Chiaravalle (Ancona)  and a work on canvas " Città del Sole " for the Chamber of Labour of Reggio Emilia.

In 1989 he was invited to Ljubljana, with a solo exhibition at the “XVIII International Biennial of Graphic Design”. In the same year there was an exhibition of his graphic and pictorial work in the Arengo palace in Rimini. In 1990 there were two major works for the building of Ashford Properties of Greenwich, Connecticut (USA) and the installation for the Museum of Siegburg (Germany), 1991, an installation "Lo Spazio, il Tempo" for the Harris Concert Hall in Aspen, Colorado and "Citta Ideale" to the Antaldi Montani palace, Pesaro. In 1992, he created the installation " Il Labirinto della Memoria " at the Frearte Milan.

From then on there were a growing number of solo exhibitions in galleries and museums: Italian (in Milan in 1990 and in his native town of Pergola in 1993) and abroad (Boston, Stockholm, Hamburg, Cologne, New York, Aspen, Tokyo, Monaco, Siegburg, Vienna, Ankara).

Between 1995 and 1996, he participated in the solo exhibition, "L'espace, le temps", in Dionne Galerie in Paris and again in 1996 in the “XXXéme Prix International Contemporary Art” of Montecarlo (Monaco), winning the "Prix Gabriel Ollivier" .

In 1997 he was invited to the “XLVII Biennale di Venezia”, in the "Unimplosive Art" pavilion (for the new Classic) and the Quadrennial in Rome in 1999. In 1999 and then in 2000 he exhibited in the “Italian Culture Institute” of Washington, Chicago and Vancouver: " Walter Valentini nei canti di G. Leopardi "

In 2001, a large exhibition, " Walter Valentini. Sulle tracce dell’infinito" was housed in the Palazzo Magnani in Reggio Emilia.

From July to September 2002, for the “52nd International Art Exhibition GB Salvi”, the city of Sassoferrato (Ancona) there was the exhibition "Il cielo di Walter Valentini" set in the spacious halls of the palace of the former Magistrates Court.

In 2003 in Loano the municipality organized the event: "Loano Fontane d’Arte" (Loano Fountains of Art), in which he contributed the work "Le misure, il cielo", a fountain with bronze sculptures of cm. 300x190.

In 2005, still in Loano, an exhibition at the Palazzo Doria included his work "La voce silenziosa delle stelle" and he won “Premio Città di Staffolo” (Ancona) and the 56° Prize Michetti "In & Out Artworks and environment in the Global dimension" on Francavilla al Mare (Chieti).

In April 2006 the exhibition "Verso Aldebaran" curated by Marisa Bishop was inaugurated in “Art Gallery 2000 & NOVECENTO” in Reggio Emilia.

On 26 April 2006 a sculpture called "Memoria" made of patinated bronze (cm 350x82x142) was inaugurated in Piazza S. Ambrogio in Milan  in memory of the fallen of  the Vicenza Division during the campaign of Russia in 1941-1943.

In the same year, he presented the art book "Mario Luzi, Walter Valentini. Vetrinetta accidentale", published by the "Cento amici del libro", showcasing the printing plates and sheets made in hand printing presses, at the “Padiglione d'Arte Contemporanea (PAC)” in Milan. He dedicated himself, furthermore, to the mosaic technique, with the help of the master artist Lino Reduzzi, carrying out works in public and private spaces.

In 2008, an exhibition of works on paper was staged in Paris at the Gallery “La Hune Brenner”. Then the “Assessorati alla Cultura della Regione Marche” of the Municipality of Ancona organized the exhibition "E ' una notte stellata. Ecco il progetto" in the splendid rooms of “Mole Vanvitelliana”.

In the same period, a patinated bronze sculpture “Arco del Cielo” (275x35x30) was installed permanently in the “tempietto” (Vanvitelli) in the center of the wide Courtyard. A rich catalog that illustrated fifty years of his artistic career was also published by Skira on this occasion.

In 2010 at the “Galleria La Steccata” in Parma there was an exhibition with works on canvas and sculptures: "Le misure, il cielo", works on tablets and sculptures ranging from 1977 to 2010. In October 2010, the “Galleria Originale”, displayed "Puntesecche, Etchings, Works on Handmade Paper, Artist Books, Sculptures” and the “Galleria Il Castello” showed the personal exhibition "Walter Valentini. Le Misure, il Cielo".  Valentini has also had a significant activity in the illustration field – in fine editions and in limited editions of literary texts by classical and contemporary writers, including: Tommaso Campanella, Giacomo Leopardi, Guido Ballo, Mario Luzi, James Oreglia, Basil Reale, and Robert Walser.

In 2013 he won the First Prize XXVIII International Graphic "Do Forni" organized in collaboration with the Civic Museums of Venice Foundation.

He also had a busy teaching schedule, teaching the art of etching at the “Nuova Accademia di belle arti” in Milan from 1983 to 1985 where he was also the Director.